The Differences between White Gold and Platinum

At Lincroft Village Jewelers, our customers come in asking for white gold or platinum for the base metal of their rings. And it’s common that our customers are not able to differentiate between the two. 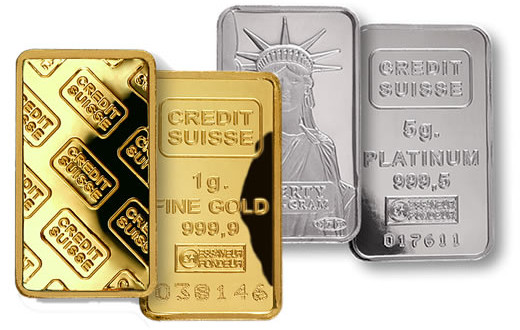 At Lincroft Village Jewelers, our customers come in asking for white gold or platinum for the base metal of their rings. And it’s common that our customers are not able to differentiate between the two.

In order to get the silvery white color of white gold, yellow gold must be mixed, or alloyed, with some white metal(s) such as silver, nickel, manganese and/or palladium. Therefore there is really no such thing as “pure white gold.” Often it is also coated in rhodium to give it a whiter, shinier finish. Every few years it should be re-dipped to retain its white color and shine and replace its rhodium plating; otherwise it will revert back to the color of its main ingredient: yellow gold.

Platinum, on the other hand, has a natural grayish white color. In order for it to be sold, it must have at least 90-95 percent platinum; if less, it would be called a platinum alloy. Over time, platinum’s color will not fade to yellow like white gold, but its shiny finish will dull to a natural patina, which some people actually like because it makes the diamond appear even more sparkly by contrast. Platinum can also be shined professionally to restore its original luster, a process which is comparable in cost to caring for white gold.

While the colors of white gold and platinum are certainly similar, they are not exactly the same, as you can see for yourself when trying on a ring of each type on the same hand. White gold is more silvery whereas platinum is more gray. Both complement white diamonds beautifully, but they should not be mixed in a bridal set. In other words, if your engagement ring is platinum, don’t get a white gold wedding band. Stay consistent with the metal you choose if you plan to wear the rings on the same hand.

The biggest advantage of white gold over platinum is certainly the cost. Platinum is more expensive because it is rarer and mined much less than gold. Only 160 tons of platinum are mined annually, as opposed to 1,500 tons of gold. Also, platinum is more dense than gold, so the same ring will weigh significantly more in platinum than in gold (and precious metals are priced by weight). Therefore, it’s easy to understand why a white gold setting costs approximately half as much as a comparable setting in platinum. For more or less the same color, then, you can save quite a bit of money going with white gold — savings that you can then apply to upgrading the quality of the ring’s center stone.

Most white gold engagement rings are offered in 14K or 18K versions. The former is 58.3 percent pure gold, and the latter is 75 percent pure gold. The higher the karat amount, the purer the gold content, but the less durable the metal. Gold at its purest form is 24K but in that state it is too soft to use for mounting jewelry. It must be alloyed with other metals in order to harden it.

Platinum is a very durable metal, and as I previously mentioned, is stronger and heavier than gold. This affects more than just price; one must consider whether they want to wear a lighter or heavier ring. Platinum does take the cake when it comes to being the densest precious metal. Whether or not you like your ring to be heavy or light is a matter of personal taste. I suggest you try on both and see what you like.

If the bride-to-be has an allergy to nickel, then platinum is the way to go. Nickel is often one of the white metals alloyed with yellow gold to produce white gold. Platinum, on the other hand, is purer and is considered hypoallergenic. (It may be possible, however, to find nickel-free white gold. Check with your jeweler.)

Gold symbolizes wealth, wisdom, and divinity, as in the Bible’s “golden rule” and Aristotle’s “golden mean.” “The golden age” and “golden years” signify good times, and the 50th wedding anniversary is said to be the golden anniversary. Gold is also considered by most to be the traditional metal of wedding and engagement bands. Since gold does not tarnish over time, it helps to symbolize the couple’s eternal vows to each other, and has often been incorporated in the nuptial jewelry in many cultures.

Though gold often implies the top prize — such as the gold medal in the Olympics — platinum seems to be the new symbol of wealth and prestige. 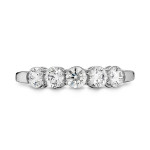 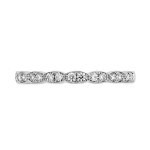 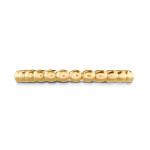